Can’t find what you're looking for ?

This year we celebrated European Languages Day in school.

In EYFS we focused on France.

First, we talked about where we live currently (Stafford, United Kingdom) and then compared flags to see if we could identify our own. We then looked at the French flag and guessed who it belonged to. Having looked carefully at the French flag and the colours is have (and in which order), we made our own, practiced some French words, sang some French songs and even tried some French food! Check out Nursery's page to see their performance of Frere Jacques.

In KS1 we focused on Germany.

In Year 1 we waved flags to German Music and we learnt a German dance. We also learnt about where Germany is on the map, the capital being Berlin and how to say hello and good morning in German.

In Year 2 today we went on an adventure to Germany to find out about their culture and traditions. We listened to the German National Anthem and learnt how to say good morning and good afternoon in German. We looked at the German words for different colours. Finally, we watched and learnt a traditional dance and created a German meal!

In LKS2 we focused on Italy.

Year 3 had a great time finding out about Italy. They were particularly interested in food and were surprised to learn that coffee drinks such as cappuccino and latte are Italian! They learned some words and phrases and discovered that 'ciao' means both 'hello' and 'goodbye'.  Year 3 also learned numbers and are looking forward to playing a game of Italian bingo!

In Year 4 we learnt some Italian phrases and practised them on each other. We even made some pasta!

In UKS2 we focused on Spain.

Year 6 are lucky to have Mrs Sargeant who lived in Spain. She taught us some language and we played colour bingo. We also found it on a map, looking at the countries that bordered it and where it was in relation to the UK. We even did some food tasting!

Check out some videos and pictures below. 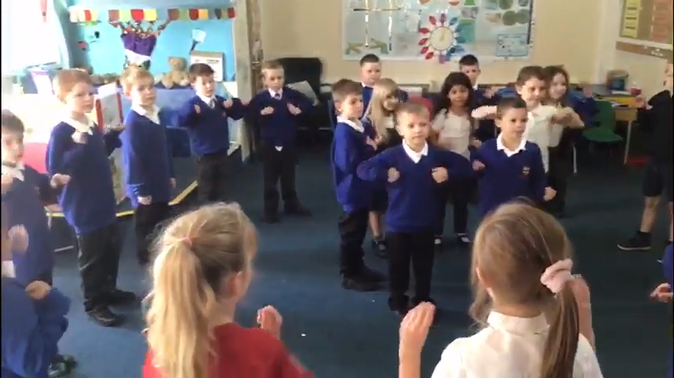